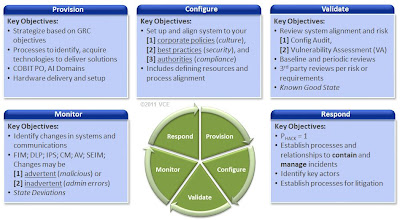 Provision: Equip yourself with the right systems for your mission. Submarines are equipped with systems appropriate for accomplishing their mission. Ballistic missile and attack submarines have very different missions and very different equipment... and crew and training. The highly specialized Submarine NR-1 was outfitted with equipment and capabilities not found in other subs because that's what her missions required.
Configure: We sometimes laughed at a few of the Standard Operating Procedures (SOPs), but we respected them. Some would say, "Rules are written in blood." That's because somebody paid a heavy price for that stupid rule to check that breaker or valve lineup twice. Every system had a checklist for every operational lineup. These lineups are thoroughly tested by smart engineers, and every effort is made to follow the book. It's one thing if you're throwing your leftover litter into a McDonalds wastebasket. It's another to dump or pump it overboard underwater. One is casual. The other is very carefully handled.
Validate: Everything was checked twice before getting underway. Every critical system was reviewed. Every change. Anyone that's spent time underway will recall the repeat-backs required on the phones as you read from a procedure to senior operator. The senior operators then repeated the same requests to watch officers for final permission. Everyone backed each other up to validate actions. Important actions were verified formally by a second person and signed off by all parties involved. Some critical actions required multiple validations and checks based on the affect of the system to the ship's mission. Once everything is known, you have entered an operational steady state, or a known state of operations.
Monitor: Despite the best intentions to engineer flawless equipment and set everything up correctly, things go wrong. Systems are heavily monitored, automatically and manually, many both, to identify state deviations, or changes in the known state of operations. These may be intentional by the crew and known. These may be intentionally malicious from an external source, or changes could exist because of an inexperienced operator. The monitoring systems (some of which are redundant) help identify the early state of changes to give operators the most time to respond appropriately. Monitoring occurs across many complex related systems, and you need to identify issues as quickly as possible to minimize their impact.
Respond:  It is the operator's experience and well-rehearsed drills that helps lead the best response. Realistic drills are part of every day life underway in preparation for when something bad happens. You expect something bad to happen. And it does. It's the workflow, methodical analysis, and rapid response that make the difference between "that was close!" and a new SOP. Rules are written in blood. Responses to incidents are debriefed for details that could could have managed the incident better than what was done. After Action Reviews. Post Incident Reviews. The outcomes of these meetings completes the PCVMR Cycle as they affect the Provisioning, Configuring, Validating, Monitoring, and Responding.
Can you see how this translates to cloud security and audit? We'll dig into that next. It's time to walk out of the bubble and back into the cloud:).
Posted by CD at 10:32 PM Links to this post 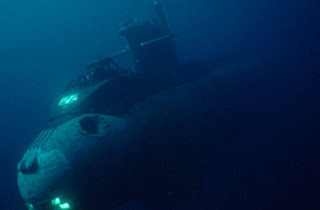 We handled complex systems in the subsurface Navy, including Sonar, Navigation, Missile Controls, Reactor, Steam, Hydraulic, Water, Air, Electrical, Propulsion, and many, many others necessary to sustain life in a steal tube for months at a time under water.

There are several parallels to the complex infrastructures I work with in IT. The program for training 18-19 year old kids in less than two years to operate billion dollar reactors is incredibly effective. The success of the program hinges on several important factors, including top-notch training that I haven't experienced in any of the dozens of schools I've attended since leaving the military. They drill, drill, drill the concepts of controls in systems engineering, system integrity, monitoring, and response. You can summarize the operational processes for handling - and providing assurance for - complex systems in the five step cycle of Provision-Configure-Validate-Monitor-Respond. The workflow is show here in the Illustration below. In the coming days I will dig into this further to explain each of the processes and how they interrelate. 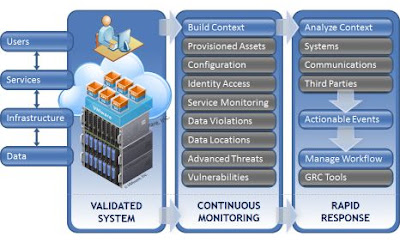 You can find me at the RSA Conference Europe next week in London covering GRC and cloud computing environments.
Posted by CD at 10:23 AM Links to this post

Hi! All posts are my own and represent my own opinion. These are my personal views and do not necessarily represent the views of my employer.

I've been fortunate to learn from amazing people. This blog is my personal sticky pad. You can learn more about me on LinkedIn. Pay it forward!