Do you have any doubt - whatsoever - that a well-coached sports team with good talent can beat a loose gathering of the world's best talent? It takes more than talent to have repeatable success. Effective leadership and management provide purpose, methods and metrics for performing consistently at the top of your game. The fundamentals are taught early and revisited often in sports. Coaches want their players to master and lean into the basics under the stress of physical and mental exhaustion. It's what drives the extra effort in the last seconds, driving towards the goal, to square up your shot and follow through.


Mastering Fundamentals Take Time.
Malcolm Gladwell, in his book Outliers: The Story of Success, illustrates the strong correlation between the amount of time invested in a particular skill and the outcome. Mastery, according to his research, typically occurs after 10,000 hours (e.g. ~20 hours/week over 10 years). Examples included the obvious, such as athletes and musicians. Examples also included the not-so-obvious, such as Bill Gates programming for 10,000 hours prior to his break starting Microsoft.


The Manager Administers; the Leader Innovates. 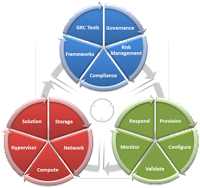 Warren Bennis wrote a list of differences between leadership and management in his book On Becoming a Leader. Read through some of them here in the context of the three cycles we discussed in the previous blog postings. Each cycle has to be managed to function, and each cycle requires leadership to innovate and respond to changing conditions.

Here's what happens when a system breaks down from a lack of experience and maturity that develops over time, working through difficult challenges. It's a flash back to the 2004 Olympic Men's Basketball team fielded by the inventors of the sport. Basketball and Apple Pie are about as American as it gets. That, and sweet tea in the South.

The individual parts in this particular system are among the best the world has ever seen. But they failed miserably as a team. They didn't know how to work together, and they hadn't worked together long enough to infuse corrective feedback into their operations. For my friends that love American football... Love or hate the Dallas Cowboys, the insane sync between Tony Romo and Jason Witten emerge when they are under pressure. The same should happen with your own operations.

The revamped 2004 team consisted of some young NBA  [super]stars early in their careers, such as Carmelo Anthony and LeBron James, and also included recent Most Valuable Players Tim Duncan and Allen Iverson. The team was coached by Larry Brown.

After struggles in several exhibition matches, the vulnerability of the 2004 team was confirmed when Puerto Rico defeated them 92–73 in the first game of the Olympic tournament in Athens. The 19 point defeat was the most lopsided loss for the USA in the history of international competition.

After winning close games against Greece and Australia, The USA fell to Lithuania, dropping to 2–2 in the Olympic tournament. Even after an 89–53 win over Angola, the Americans entered the knockout rounds in fourth place due to goal average, the lowest seed of their group. The Americans faced undefeated Spain in their quarterfinal game, winning 102–94.

The semi-final match saw the team defeated by Argentina, 89–81, ending the United States' hold on the gold medal. ... Before 2004, American teams had only lost two games in all previous Olympic tournaments, whereas in this one the American team lost three.
Posted by CD at 5:46 PM